skip to main | skip to sidebar

Welcome to the KidsAgainstDistractedDriving.com Blog

According to the U.S. Department of Transportation, nearly 6,000 people died and more than 515,000 were injured on American roadways in 2008 in crashes that involved distracted driving. The problem is growing, and young drivers are most at risk.

KADD was founded by Scott D. Camassar and Stephen M. Reck of the Law Firm of Stephen M. Reck & Scott D. Camassar, LLC in North Stonington, CT, to help educate kids of all ages about the dangers of distracted driving. We’re dedicated to responsible driving and keeping kids safe. We don’t want to see kids injured or killed by texting and driving, or by others’ texting and driving. Please join us in this campaign, and go to KidsAgainstDistractedDriving.com and take the pledge today.

THE PLEDGE: "I pledge to not text or use my cell phone while driving. I understand the serious dangers caused by distracted driving and will talk to my family and friends about these dangers, to help make the roads safer for everyone."

Interested in being a KADD sponsor? 100% of all sponsor dollars cover promotion of the site including give-aways and prizes for kids. Contact Scott at 860-535-4040 or sdcamassar@gmail.com for more info. 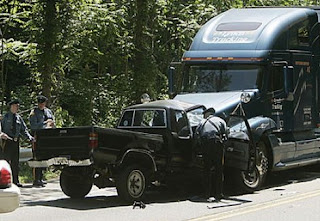 Posted by Scott D. Camassar at 3:39 AM No comments:

Another Train Crash Due to Texting 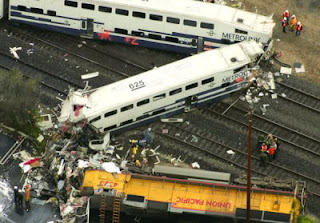 Posted by Scott D. Camassar at 3:37 AM No comments:

Arbella Insurance has created a distracted driving simulator to show young drivers just how fast an accident can happen when they take their eyes off the road.  Story and video here.
Posted by Scott D. Camassar at 7:18 PM No comments:

A white paper recently published by the National Safety Council concludes that even hands-free cell phone use while driving is unsafe.

“Understanding the Distracted Brain: Why driving while using hands-free cell phones is risky behavior” was published following a January 2004 incident in which a motorist talking on a cell phone ran a red light and hit another car in the intersection, killing a 12-year-old boy. "The driver sped past four other cars and a school bus stopped at the red light, and the car the woman hit was about the third or fourth vehicle that entered the intersection on the green light." Researchers call these situations "inattention blindness." Dr. David L. Strayer of the University of Utah found that drivers using cell phones "fail to see up to 50 percent of what's on the road."  The white paper includes references "to more than 30 scientific studies and reports, describing how using a cell phone, hands-free or handheld, requires the brain to multitask – a process it cannot do safely while driving. Cell phone use while driving not only impairs driving performance, but it also weakens the brain’s ability to capture driving cues." Read more.
Posted by Scott D. Camassar at 3:40 PM No comments:

A Texas driver who crossed the center line while texting and struck another vehicle head-on, killing the driver, was found responsible for the crash and ordered to pay damages of $22 million.  The victim was a senior at Baylor University and was driving back to school when her car was hit.  The driver who caused the accident claimed he did not have a cell phone at the time of the crash.  However, his phone records indicated he sent 15 texts and made seven calls in the 45 minutes just before the collision.  KTRK-TV (Houston) reported that the victim's family is unlikely to see much money from the huge verdict; the at-fault driver "declared bankruptcy just before the trial and his insurance has limits far below the $22 million. But [the victim's parents] say it's never been about the money."
Posted by Scott D. Camassar at 11:51 AM No comments:

A federally funded pilot program that started this month in CT called, "Phone in One Hand. Ticket in the Other" will "test whether increased law enforcement efforts combined with effective public advertising can get drivers to stop using their cell phones while driving," according to the Day.   The program is similar to
"previous campaigns to curb drunken driving and increase seat belt use among drivers."  The programs will be supported by a paid advertising campaign that focuses on drivers between the ages of 18 and 49. "The purpose of the new ad is to raise awareness and remind drivers to keep their eyes on the road and hands on the wheel."  In Connecticut, it is illegal for drivers to text or talk on hand-held cell phones.  Research by the National Highway Traffic Safety Administration shows that in 2008 alone, nearly 6,000 people were killed and more than a half-million people were injured in crashes involving a distracted driver nationwide.
Posted by Scott D. Camassar at 2:43 PM No comments:

NY College Student Dies in Accident Blamed on her Texting

A 22 year old student at State University of New York-Geneseo died in a one-car accident that investigators believe "may have been caused by text messaging."  Investigators say Mary Kavanaugh's phone records showed "she was texting seconds before the accident, which a passerby reported at 4:53 a.m."  Read more.
Posted by Scott D. Camassar at 2:17 PM No comments:

The Kingsport (Tenn.) Times-News reported that driving instructors find that teens pick up bad driving habits from their parents, including distracted driving practices, and that these relatively new problems are growing. Recent teen driving statistics released by The Allstate Foundation in its 2009 study, “Shifting Teen Attitudes: The State of Teen Driving” indicate that "the percentages of cell phone use and texting among teen drivers are up tremendously since initial polling was conducted in 2005." More than 49% of teens polled said they have typed or sent a text message while driving and 82% said they have talked on their cell phone. The 2009 study is not available online, but you can read Allstate's 2005 study here.
Posted by Scott D. Camassar at 1:56 PM No comments: